Michelin-star chef Nigel Haworth was born in Whalley, Lancashire, where his food roots remain heavily established today. From his initial training in Lancashire, he embarked on a culinary journey covering London, Scotland and Switzerland, before returning home to take over the kitchen as Head Chef at then Northcote Manor in 1984. By 1995, Nigel was celebrating the Egon Ronay Chef Of The Year award. Just a year later, he gained his first Michelin star, which he has retained ever since.

As a chef, Nigel has helped define the path of modern British cooking through his championing of regional produce and traditional dishes, inspiring countless others to follow his local, seasonal model. He has also become a popular presence on TV, enthralling audiences with his appearances on hit shows including Masterchef, Great British Menu and Saturday Kitchen.

For more than three decades, Nigel has been the driving culinary force behind Northcote. In that time, he (along with co-founder Craig Bancroft) transformed its unique location in the small village of Langho, Lancashire, into a place of gastronomic pilgrimage. On any given service, foodies from across the globe might rub shoulders with visiting, world-renowned chefs, and passionate locals.

Today, Nigel is still writing new chapters in his incredible story. In addition to his role as culinary ambassador for Northcote, he continues to grow his hugely successful Obsession festival. Nigel also shares his extraordinary skills, knowledge and talent through partnerships with global brands and businesses, who rely on the expertise of the NH Brand to ensure similar success.

Nigel took over the kitchens at Northcote in 1984 and earned a Michelin Star two years later. A Michelin star which has been retained with pride ever since. Northcote has been a labour of love over the years and has received global recognition for its achievements. Nigel then went on to become Chef Patron and believes that the key to success has been the ability to understand the needs of their guests from the locality and from further afield. The Hotel and Restaurant has grown over the thirty years from a five bedroomed Restaurant with rooms to a boutique 26 Bedroom Hotel, with additions such as the Cookery School, Chef’s Table and Private Dining making it all the more special.

One of the jewels in Northcote’s crown is their annual gastronomic event, Obsession, which celebrates great food, wine and a meeting of friends, old and new. Now in its 20th year, Obsession has established itself as one of Europe’s premier gastronomic events with outstanding guest chefs travelling in from all over the world to produce a unique Obsession Menu to cook during the 17 night events which takes place in January and February.

Over the last 30 years, Haworth has helped rewrite the history of English cuisine by preserving its authenticity and connection to its roots, similar to the way he traced his own journey.

Founded in 2004 by Nigel Haworth and Craig Bancroft. The Three Fishes was the first acquisition for RVI showcasing Lancashire’s finest produce and Ingredients. The ethos was to deliver food which is good, honest and delicious with an emphasis on Lancashire heritage whilst using the finest produce from the area.   The Three Fishes was awarded with a Catey Award for Pub and Operator of the Sector in the face on fierce competition within 12 months of opening the doors.

Perhaps the finest example of Nigel’s cooking and commercial acumen, blending seamlessly through his pioneering development of Ribble Valley Inns, leading the “Gastro-Pub” phenomenon and setting a benchmark that breathed life into pubs across the UK and beyond. Ribble Valley Inns eventually held an impressive portfolio of five properties, The Three Fishes, The Highwayman, The Clog and Billycock, The Bull and also The Nags in Cheshire.

Northcote at the Rovers

Nigel Haworth brought Northcote philosophy to the famous football stadium and created one of the most attractive corporate and private entertaining venues in the North West of England. Northcote won the contract for Ewood Park Football Stadium in April 2001 until June 2019.

The Northcote team were responsible for matchday corporate hospitality. providing catering for 15 Corporate Boxes, 11 Suites which at full capacity can seat 1400 people. In addition to catering for all non-matchday conference and banqueting functions, including private events and Weddings. 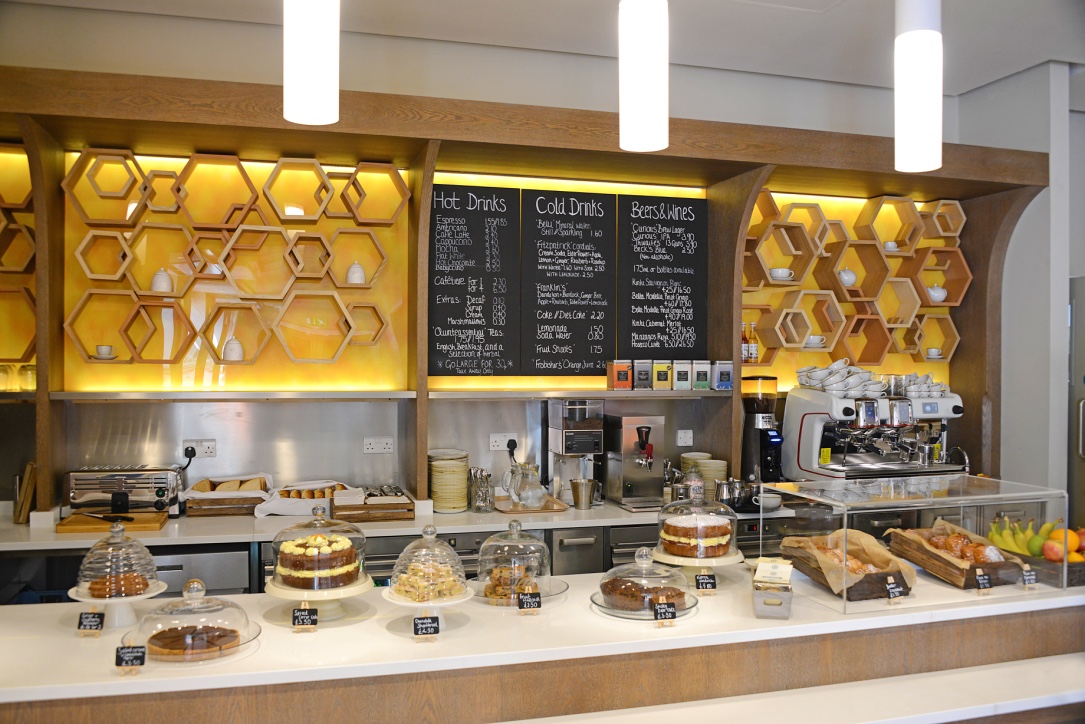 Café Northcote at The Cathedral opened in April 2016 in Cathedral Court, an £8.5m Cathedral Court Building. The Café to be the first in a brand new vibrant café concept, championing local produce and Blackburn’s heritage.

The 78-cover café with outside space created 15 jobs and two apprentice posts. In addition, a partnership with Blackburn College was formed to provide work placements and training opportunities for the catering students. The menu created by Nigel offers modern café food with an eclectic feel, always staying loyal to Northcote’s local producers and suppliers.

The interior was designed by Kathrine Haworth Interiors. The design concept was evolved from the history of the café’s environment and reflects the town’s rich heritage of the Textile Industry, using sustainable materials were possible and working with local trade people.

Nigel created a Food Lovers Haven at Ewood Park, attracting regional food enthusiasts to enjoy a fun family day out at Ewood Park. The show ran for four consecutive years with attractions including iconic artisan producers, chef demonstrations and hands on workshops. Food markets, festival entertainment and competitions sponsored by Weber Barbeques along with educational input from the local surrounding schools and businesses. The day showcased the very best of the North West and brought communities together to celebrate all that is good about our County.